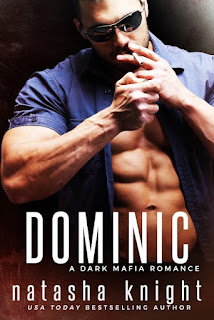 Fear has a distinct smell, something that belongs only to it. Pungent. Acidic. And at the same time, sweet. Alluring, even.

Or maybe only sweet and alluring to a sick fuck like me. Either way, the girl huddled in the corner had it coming off her in waves.

I pulled the skull mask down to cover my face. The room was dark, but I could tell she was awake. Even if she held her breath and didn’t move a single muscle, I’d know. It was the scent. That fear. It gave them away every single time.

And I liked it. It was like an adrenaline rush, the anticipation of what was to come.

I liked fucking with them.

I closed the door behind me, blocking off the little bit of light I’d allowed into the small, dark, and rank bedroom. She’d been brought here yesterday to this remote cabin in the woods. So fucking cliché. Cabin in the woods. But that’s what it was. That’s where I did my best work. The room contained a queen-size bed equipped with restraints, a bedside table, and a locked chest holding any equipment I needed. The attached bathroom had had its door removed before my arrival. Only the bare essentials were there: a toilet, sink, and a shower/bathtub. The bathtub was truly a luxury. Or it became one at some point during the training period.

The windows of both the bedroom and the bathroom had been boarded up long ago, and only slivers of light penetrated through the slats of wood. Both rooms were always cold. Not freezing. I wasn’t heartless. Well…I had as much heart as any monster could have. I just kept the rooms at about sixty degrees. Just cool enough that it wouldn’t do any damage but it wouldn’t be quite comfortable.

I walked over to the crouched form on the floor. She stank. I wondered how long they’d had her. If they’d washed her during that time.

I wondered what else they’d done to her, considering the rule of no fucking on this one. My various employers didn’t usually give that order. They didn’t give a crap who fucked the girls before auction. It’s what they were there for. But this time, Leo—the liaison between the buyer and me—had made certain I understood this particular restriction.

I had no delusions on that note. Honor was a thing that had never belonged to me. Not then, not when I was Dominic Benedetti, son of a mafia king. So close, so fucking goddamned close to having it all. And it certainly didn’t belong to me now. Not now that I knew who I was. Who I really was.

More thoughts to shove away, shove so far down they couldn’t choke me anymore. Instead they sat like cement, like fucking concrete bricks in my gut.

I stepped purposefully toward the girl, my boots heavy and loud on the old and decrepit wood.

She sat with her knees pulled up to her naked chest, her bound wrists wrapped around them, and made the smallest movement, tucking her face deeper into her knees. I noticed she still wore underwear, although it was filthy. That was new. By the time they got to me, they were so used to being buck naked they almost didn’t notice anymore.

The three night-lights plugged into outlets around the bedroom allowed me to take her in. Dark hair fell over her shoulders and down her back. So dark, I wondered if it would be black after I washed the dirt and grime from it.

I nudged the toe of my boot under her hip. “You stink.”

She made some small sound and dug her fingernails into the flesh of her legs, crouching farther into the corner, folding and withdrawing deeper into herself.

I squatted down, looking at what I could see of her too skinny body. I’d check her for bruises later, once I cleaned her up. Make sure there wasn’t anything that needed immediate attention. No festering wounds acquired in transit.

“Did you piss yourself?”

She exhaled an angry breath.

I grinned behind my mask. There we go. That was different.

“Lift your head, so I can see your face.”

I lay one of my hands on top of her head. She flinched but otherwise didn’t move. I gently stroked her head before gripping the long thick mass of hair and turning my hand around and around, wrapping the length of it tight in my fist before tugging hard, jerking her head back, forcing her to look at me.

She cried out, the sound one of pain and anger combined. They matched the features of her face: eyes narrowed, fear just behind the rebellion in her hate-filled, gleaming green eyes. Her mouth opened when I squeezed my fingers tighter, and a tear fell from the corner of one eye.

“Get your hands off me.”

Her voice sounded scratchy, low, like she hadn’t spoken in a long time. I looked at her. Heart-shaped face. Full lips. Prominent cheekbones.

No, more than that. Aristocratic almost. Arrogant. Beautiful. Different.

Different than the usual girls.

She scanned my face. I wondered if the skull mask scared her. Fuck, it had scared me the first time I’d put it on. Nothing like death staring you in the face.

“Stand up,” I said, dragging her by her hair as I straightened.

She stumbled, but I kept hold of her, tilting her head back, watching her process the pain of my fist in her hair. Teaching her.

Actions spoke louder than words. I always started my training from minute one. No sense in wasting time. She’d learn fast to do as she was told, or she’d pay. She’d learn fast that life as she knew it was over. She was no longer free. No longer human. She was a piece of fucking meat. Owned. Owned by me.

That first lesson was always hardest for them, but I was nothing if not thorough.

I guess you could say I’d found my true calling.

And now the Blurb:

Gia was just a job. Just another girl caught in a world of monsters.

It didn’t matter that I liked the look of her.
I didn’t care that she cringed when she saw my soul.
I liked it.
I liked her fear.
And I wanted her.

Monsters didn’t get to live happily ever after, though. I knew one day I’d have to go back. Because time neither forgave nor forgot.

And neither did I.

Old debts needed to be settled. Enemies punished. It was past time I returned to the family business. I’d been gone far too long.

All my life, I believed in fairy tales. Not the Disney kind. Never those. I always knew life was darker than that.

I was the daughter of a foot soldier. The sister of a snitch. A nobody.

Monsters had been part of my life for as long as I could remember, but none as dark as Dominic Benedetti. None as cruel. None as broken.

I had no illusions about what he was. I had no desire to save his soul. And I couldn’t care about his bleeding heart.

But love isn’t always beautiful. It could be a twisted, ugly bitch.

I’d always known this was the kind I’d find. The only kind that could touch me.

Author’s Note: Dominic is a steamy standalone romance. He is the ultimate Anti-Hero, so be prepared for a crazy, rough ride. To fully understand Dominic’s actions, I recommend reading the first book in the Benedetti Brothers duet, Salvatore.

This book is intended for mature readers. No cliffhanger and no cheating. 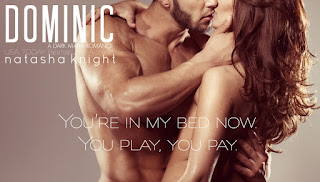 "No hero is as dark and sexy as Dominic Benedetti. This book was so raw in the best of ways. A definite read. Natasha Knight out did herself on this one." ~ Alta Hensley, USA Today Bestseller

Don't miss out on Salvatore! 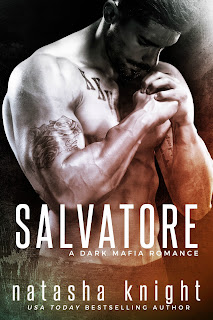 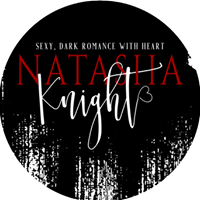 Posted by Shelly Douglas at 9:00 AM