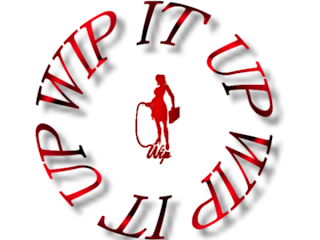 
Ashe Barker is visiting today with a fun and sexy scene from her newest title, HER ALIEN COMMANDER.  Here's a little tasty excerpt to get you in the mood to start clicking. 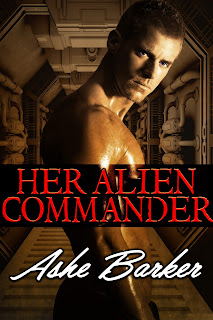 Phahlen rolled onto his back, carrying Caria with him so she ended up draped across his torso, her legs straddling his much longer limbs. His cock was still deep inside her. He wrapped one arm around her slender back and with his other hand he cupped the back of her head. He lifted his head to kiss her hair.

“So, little human, you survived after all?”

She made a sound that might have been a snort.
Phahlen dropped a playful slap on her bottom. “Have you forgotten so soon what I told you about respect and insubordination?”

She lifted her face from his chest. “You still scared me. Shitless.”

“Still inside you. Ah, yes, there was something I needed to mention about that.”

She shoved herself up on her elbows. “What?”

“I understand human males tend to—subside—after they’ve come. And that they can only find their release once, then they need a period of rest before performing again.”

“Flimsy,” she echoed. “What do you mean, less flimsy?”

“I mean, we remain erect for much longer. As long as we choose to, pretty much. And after we ejaculate, our cocks actually swell and harden more, particularly at the head. It prevents us separating from our partner for a while.”

“A while?” Caria’s expression was perplexed. “How much of a while?”

He affected a shrug. “An hour or so. Perhaps longer. Of course, if I decide to fuck you some more it could take most of the day.”

“All day? You could continue to fuck me, the entire day?”

“A delightful prospect, now you come to mention it. I hope no emergency calls me away to attend to the needs of my ship. That would be a pity.”

“All day?” she parroted.

“Ah, yes. Allow me.” He slid his fingers down the crevasse between her cheeks until he reached her anus. He grasped the protruding end of the toy and drew it from her body. A quick flick of the control killed the humming, and he dropped it over the side of the bed.

“It can be your task to clean that off, later. Make sure you do a good job because you’d like me to use it again, wouldn’t you?”

Caria ignored his remark. She appeared to be having difficulty grasping his earlier comment. “All day?” she whispered.

“And all night. Not that those divisions mean much in space. I do intend to enjoy your company though, little human, and I think perhaps you’ve begun to realise you might actually enjoy mine.”

Caria dropped her gaze and rested her chin on his sternum. Neither spoke for several minutes. Phahlen was content to let her assimilate these new facts as he savoured the gentle pressure of her quivering pussy walls around his rock-solid cock. Unless she really was too sore to continue, he intended to roll her onto her back again and—

“Why?” Caria’s question disturbed his thoughts.

“Why this, this…” Apparently lost for the correct word, she settled for squeezing her cunt around him.
“Ah, this. It’s an evolutionary device, I understand. It serves to increase fertility, maximising the likelihood of conception because it forces the female to remain stationary, and prone, until the male decides to let her go. I believe it will serve my purposes well.”

“I beg your pardon?”

“For fuck’s sake, little wench, you have a lot to learn about Vahlean sexuality. And your own too, I daresay. I can assure you, boredom won’t be an issue.”

He’d heard enough, and his cock had too. Phahlen shifted, tossing Caria onto the mattress and rolling on top of her. He would have instructed her to wrap her legs around him again, but she did it before he could speak. He grasped her still bound wrists and raised them above her head, pinning them with one hand while the other roamed her breasts. His most urgent needs already met, he took his time. Phahlen explored her at his leisure, teasing her taut peaks, her soft hollows

He released her nipple to look up at her. “Caria…?”

Her eyes were closed, her mouth tight. “I need to come. Now. I need you to fuck me. Don’t make me wait.”

“As you wish, little Earth wench.” He drew back his hips and speared his cock deep inside her again. “Just as you wish.”


And Now the Blurb:

After leaving Earth on what she thought would be an adventure, Caria Montgomery quickly ends up in way over her head. Captured by hostile aliens, she faces the prospect of perishing on an isolated planet until she is rescued by Commander Phahlen Verdar and his crew.

Phahlen is delighted to have a human female aboard his ship. In the years since the women of his own world were nearly wiped out by a terrible plague, taking a mate has become all but impossible for most males of his species, and he doesn’t plan to let this opportunity pass him by. His plan to claim Caria is aided by the fact that, due to the unsavoury nature of the crew of the ship on which she was travelling, she is now a wanted fugitive back on Earth.

Though Caria is initially defiant, a sound spanking on her bare bottom demonstrates her admittedly handsome future mate’s resolve. His bold dominance awakens an intense need within her, and before long she finds herself yearning for the pleasure of his masterful lovemaking. But is she truly prepared to surrender herself fully to her alien commander, or will she seek to return to Earth and clear her name as soon as possible?

Publisher’s Note: Her Alien Commander includes spankings and sexual scenes. If such material offends you, please don’t buy this book. 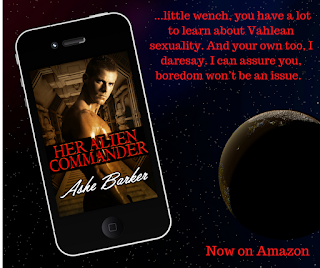 Posted by Shelly Douglas at 8:00 AM No comments: 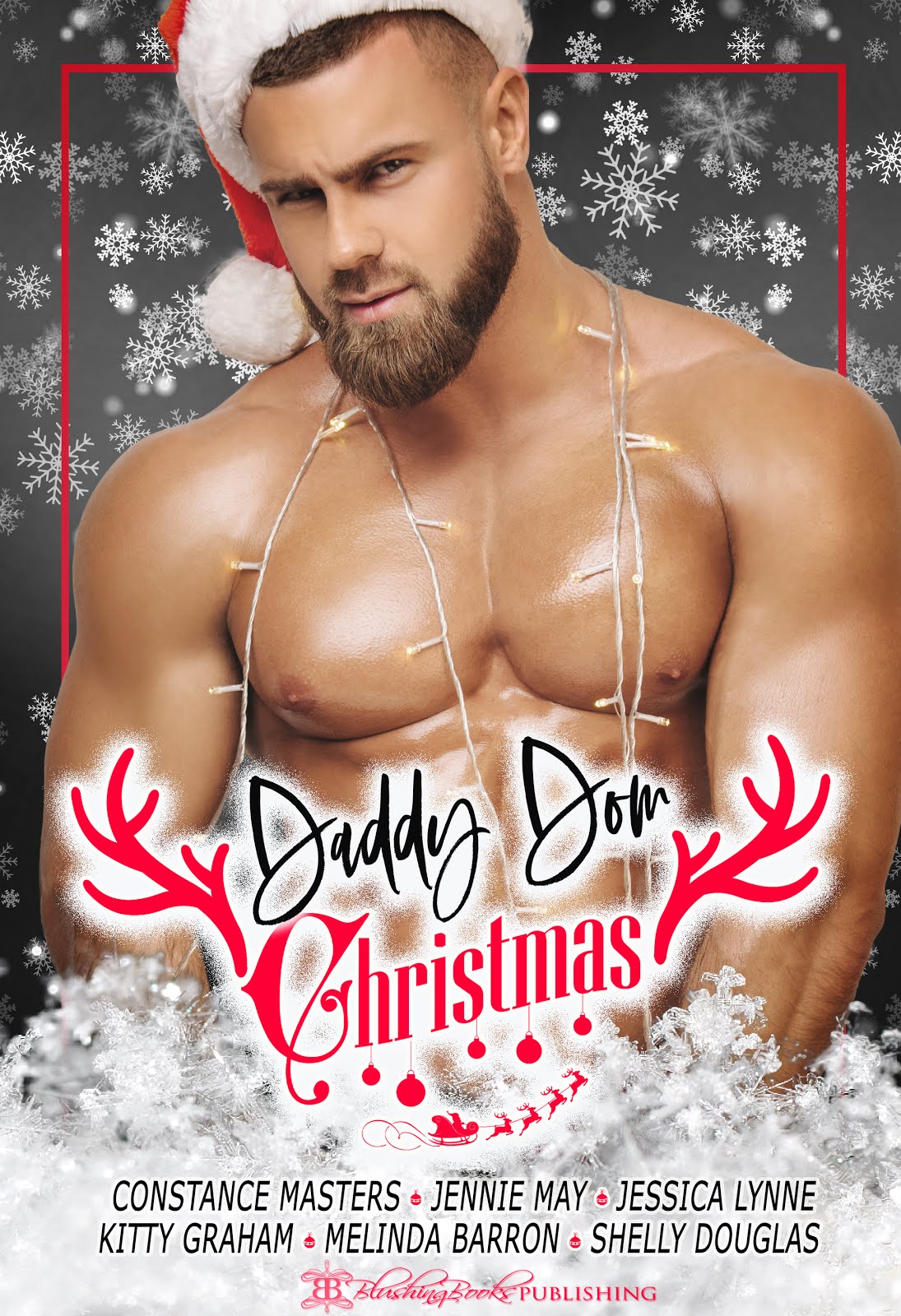